Love is just a word until someone comes along and gives it meaning.💍♥️💋📸🧸 ...

Love is just a word until someone comes along and gives it meaning. ...

Looking to add a Snow-White Persian Kitten to your home and heart? Well, you have come to the right website! Our whites look like real-life TY Beanie Babies!!! Except they actually they Purr!!!! 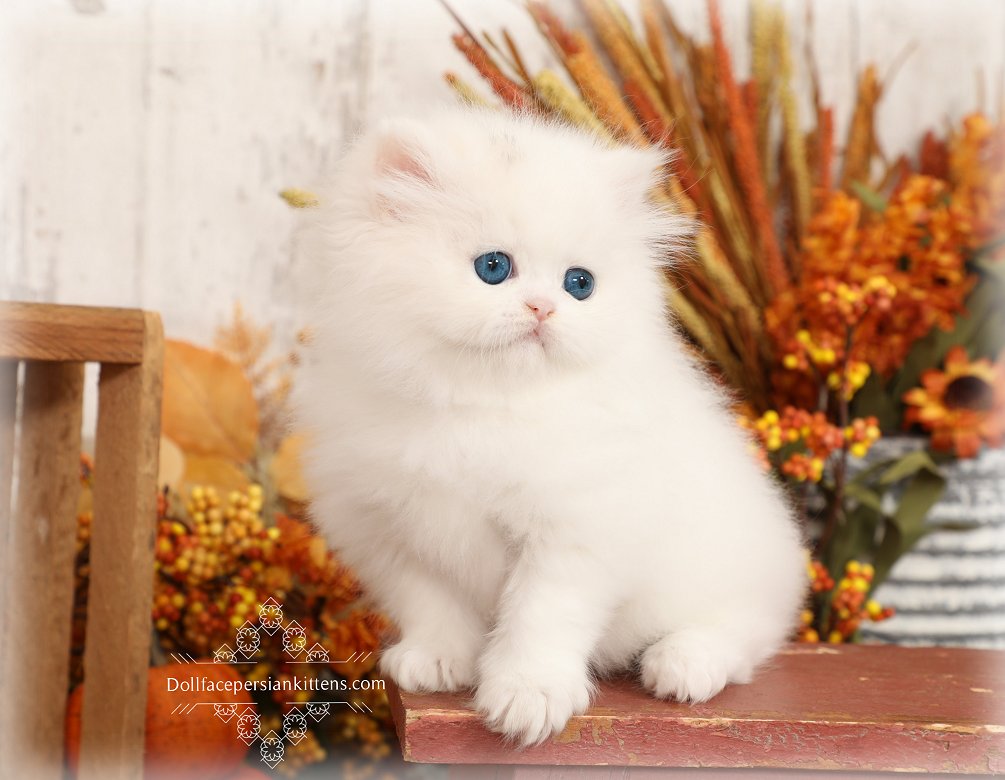 Humans’ fascination with white animals is largely because they have been known to represent a guardian angel and that one is near. White animals have great cultural meaning across the globe, such as being in the presence of a white animal is considered the most sacred animal a person could ever encounter. The beloved white Persian signifies true love, according to legend.
In multiple cultures, white animals are symbolic of good luck charms & good fortune to their owners.

People have held a special place in their hearts for white animals since ancient times. Here at our cattery, we just think they are striking when bred properly and aim to purrfect their already stunning appearance.

White Persians can have various eye colors such as gold eyes, blue eyes, green eyes, or bi-eyes (one blue, one gold).

Most white Persians are born with a small gray spot on the top of their head; this usually signifies their hearing is intact. This gray spot will most likely fade away by the time they are a year old. Many pure white Persians can not hear. The lack of hearing only means they have no fear of loud noises making them more friendly than a cat with intact hearing sense.

Fun fact: Did you know the blue-eyed white Persian cat (Mr. Bigglesworth) in the Austin Powers movie came from our cattery? 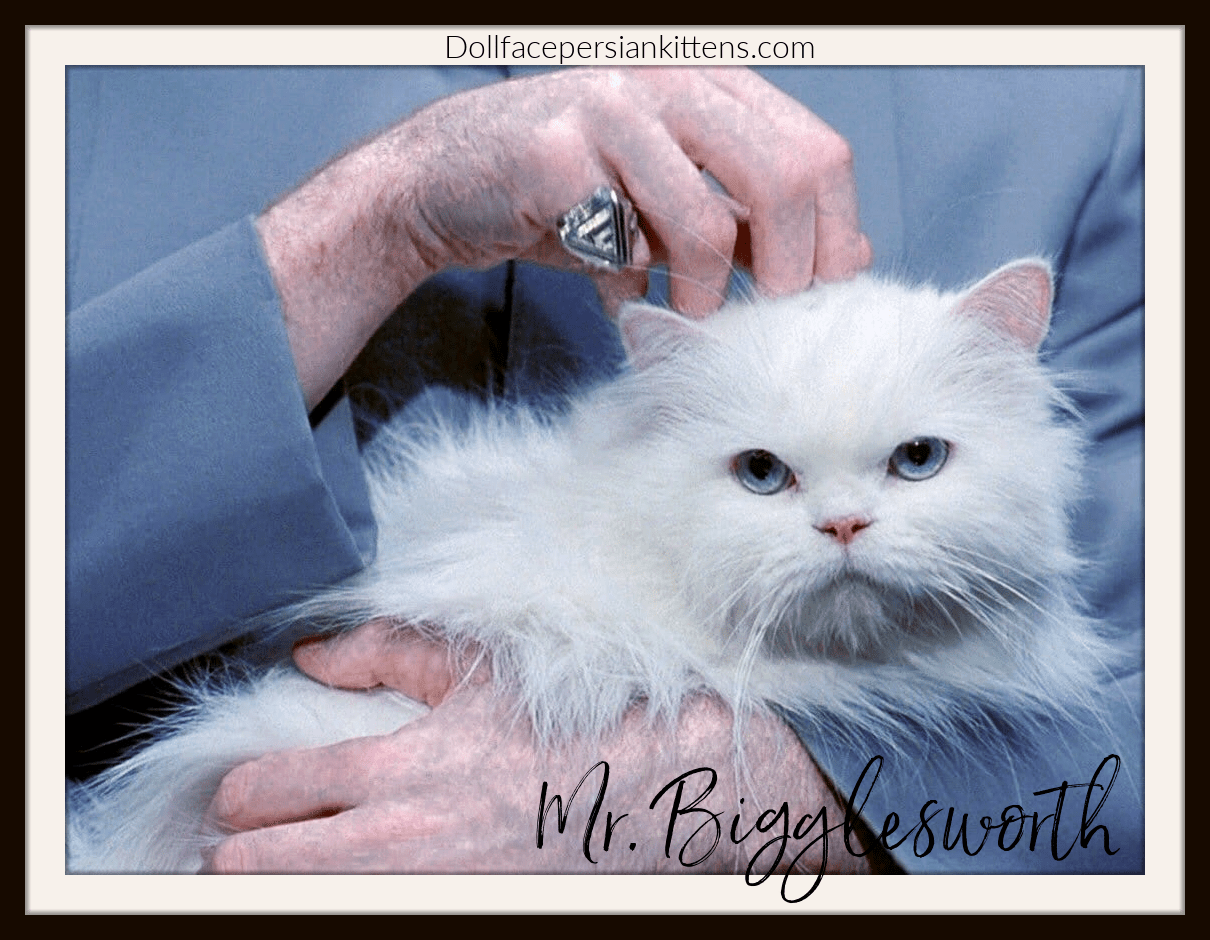